The Northern Ireland Ambulance Service is being placed on ‘special measures’ over hygiene lapses uncovered during unannounced inspections by the Regulation & Quality Improvement Authority. The lapses were of such concern to the RQIA, that it recommended that the special measures be put in place and the Department of Health has accepted its recommendations.

In a press statement issued this week RQIA announced: “In July 2017, RQIA conducted unannounced inspections at Broadway and Bangor ambulance stations. RQIA identified serious concerns in relation to infection prevention and control and associated governance arrangements. During follow up inspections in September 2017, RQIA found that insufficient improvements were evidenced to address these concerns, and RQIA issued improvement notices in respect of these services.

On 8th February 2018, during an unannounced inspection at Craigavon Ambulance Station, RQIA identified similar concerns to those identified at Broadway and Bangor, relating to infection prevention and control and governance. As a result, RQIA took further enforcement action. 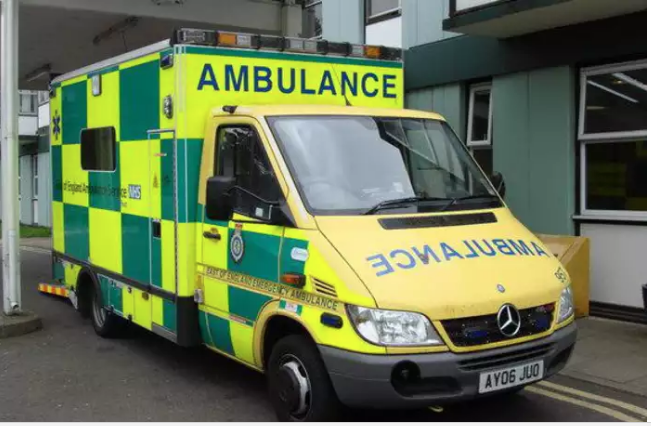 As a result of RQIA’s findings on 22nd February 2018, and evidence of limited progress to address issues previously identified at Bangor, Broadway and Craigavon ambulance stations and vehicles, on 26th February 2018, RQIA recommended that the Department of Health implement a special measure to support NIAS.

We recommended the secondment into NIAS of a senior practitioner with experience in infection prevention and control, governance and assurance.

The Department of Health has accepted RQIA’s recommendation, and has advised NIAS to proceed with this special measure. This secondment should be for a period of three months in the first instance to support NIAS in its improvement work related to infection prevention and control, hygiene and cleanliness.

The safety and wellbeing of everyone using ambulance services across Northern Ireland is of paramount importance to RQIA. We believe this additional support will assist NIAS to deliver and assure the required improvement to its services.”

The publication’s sources warned that demands on the service meant paramedics could not get ‘stood down’ for two hours a week to clean their vehicles – with filthy stretchers in vehicles going uncleaned for up to a month.

A private contractor was brought in to carry out deep cleans of 999 vehicles last July – in some cases working through the night – but the measure was described as a ‘short-term fix’ rather than being something sustainable.

Full details of RQIA’s current enforcement in respect of Bangor, Broadway (Belfast) and Craigavon Ambulance stations are available at:

Copies of RQIA’s inspection reports for Bangor and Broadway stations are available at: