Innovations have always remained a major driving factor in creating favourable market dynamics even in the cleaning industry. Many international companies are looking at the Indian market or have already distributors in India. The Indian market is important for cleaning operators for two reasons: first, the growth of this country and secondly the economic crisis of Western countries led them to look for new opportunities in markets like India, China and Russia.

As the cleaning projects go on stream, the demand for general cleaning products, specific solutions and consumption volumes are definitely going to rise.

But will the Indian cleaning industry be able to meet these requirements with the existing infrastructure and technology? Will the international community scurry to fill the gap? Will India witness technology transfer, increasing the presence of distributors or of the companies?

Indian consumer market is very price sensitive. However, there are manufacturers from Germany, Spain and even the UK who have taken up the challenge and are redesigning/customising products to fit the price factor. At the same time, there are manufacturers, from Italy, USA in particular, who are sceptical and cautious of their dealings in India owing to price mismatch.

Another challenge confronting the international community is lack of awareness and knowledge about cleaning technology among the Indian consumers. In the present scenario where cleaning does not figure among the top priorities or is not exclusively budgeted by Indian companies, the inclination to get updated on the latest cleaning technology and invest (rather than spend) on cleaning is limited.

Over and above, under-dealing and under-cutting in mega-projects besides L1-based tendering processes have discouraged international companies in taking up government projects. 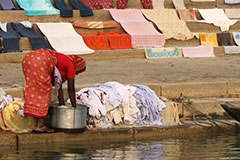 In the last few years, where the demand for cleaning has been steady, the growth in the Indian cleaning industry has been volatile. This could be one of the reasons for Indian companies not sealing the international tie-ups mooted during this period. Keeping the dealings in suspension is also having a detrimental effect on manufacturers who are eagerly awaiting confirmation from prospective Indian companies. Some of the few companies among them are from France, UK, Denmark and Spain. USA and the UK, two of the biggest players in cleaning, that have been concentrating production and distribution to the local market, are now expanding operations not only to Europe but also to India, China and the Middle East.

Other relating trends in India are detrimental to positive growth in the cleaning industry they are eroding margins, unhealthy competition, poaching and others leading to a vicious circle of payment problem.

Innovations in the cleaning industry have largely focused on providing solutions to suit local market. Internationally, major players are redesigning products to suit the specifics of Indian cleaning needs.

The cleaning industry as a whole is looking at India as a potential market and taking concerted steps to grow. With more and more international companies making headway into India, the country is evolving as a perfect platform for the cleaning business.

Distributors and chemical manufacturers have to collaborate

The transition to the Globally Harmonized System of Classification and Labeling of Chemicals (GHS) is being met with mixed sentiment, as some distributors with private label lines are forced to rely on chemical manufacturers to bring them into compliance.   While the deadline for the switch isn’t until June 2015, jan/san distributors say they are trying to stay ahead of schedule by designing and printing       labels that meet the Occupational Safety and Health Administration’s (OSHA) new labeling requirements.

Distributors who outsource their private label   manufacturing have fewer complaints — saying it’s too early in the game to feel any impact — but those who manufacture product in-house tell Sanitary   Maintenance it has been a difficult process to gather necessary documents, such as Safety Data Sheets, from their raw chemical suppliers

OSHA adopted the GHS format in 2012 to eliminate chemical labeling inconsistencies that have occurred with the rise in global trade.

The new standards establish a universal language of hazard warnings, as well as enforce more stringent hazard classifications in hopes of reducing workplace injuries and deaths.   Currently, about 15 percent of workplace injuries and fatalities relate to chemical exposures. The revised standard is expected to prevent an estimated 585 injuries, and more than 40 deaths, annually, according to OSHA.

Among the changes to labels include:

• Pictograms: a symbol plus other graphic elements that is intended to convey specific information about the hazards of a chemical. Pictograms must retain the given format, i.e. red borders with black GHS symbols. There are currently nine pictograms.

• Hazard statement: a statement assigned to a hazard class and category that describes the nature of the hazards of a chemical, including the degree of the hazard.

• Precautionary statement: a phrase that describes the recommended measures to be taken to minimize or prevent adverse effects resulting from exposure to a hazardous chemical.   Besides changing the information that is included on chemical labels, OSHA has required manufacturers to revise their Safety Data Sheets. The new documents are now to be presented in a 16-section sequence.   The required order is as follows: Identification, Hazard’s identification, Composition/information on ingredients, First Aid measures, Fire-fighting measures, Handling and Storage, Exposure controls, personal protection, Physical and chemical properties, Stability and reactivity, Toxicological information, Ecological information, Disposal considerations, Transport information, Regulatory information, and Other information, including date of preparation or last revision.   Chemical manufacturers, importers, distributors and employers have until June 2015 to comply with all modified provisions of the GHS Standard, though distributors may ship products labeled by manufacturers under the old system until December 1, 2015.   All chemical labeling and employee training must be completed by June 2016.

A survey reveals deterioration and wide disparities in worker satisfaction 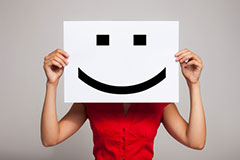 While just over half of European workers perceive working conditions in their country to be good (53%), a majority (57%) nevertheless think that their working conditions have deteriorated in the last five years, according to a recently published Eurobarometer survey, which looks at how the quality of work has been affected by the financial crisis.

Although most workers are satisfied with their own working conditions (77% on average in the EU), there is a very wide disparity across member states, ranging from 94% in Denmark to 38% in Greece.

The Eurobarometer survey reveals that more than 80% of respondents in Denmark, Luxembourg, Finland and The Netherlands consider working conditions in their country to be good. At individual workers’ level, Denmark also comes first, with 94% of workers being satisfied of their own conditions at work – Austria and Belgium ranking second with nine in 10 workers being satisfied, followed closely by Finland (89%), the UK and Estonia (both 88%). Greece instead has the lowest rate of satisfaction (16%) and is the only country where fewer than half of working respondents are satisfied with their current conditions (38%). Levels of satisfaction are lower in Croatia (18%), Spain (20%), Italy (25%), Bulgaria (31%), Slovenia, Portugal and Romania (32% for each), but also in Slovakia (36%) and Poland (38%).  A variety of factors can explain this divergence in satisfaction levels: the social and economic context influenced by the crisis but also more structural features in terms of social dialogue, social policies and labour law. Stress clearly emerges as the most important perceived risk at work (for 53% of working respondents). In addition, also dissatisfaction regarding workload, pace of work and long working days (more than 13 hours) is widespread. Regarding work organisation, in relation to work-life balance, 40 % of respondents declare that they are not offered the possibility to use flexible working arrangements.

In the area of health & safety at work, less than one in three workers declared that there are measures in place at their workplace to address emerging risks for example caused by nanotechnologies or biotechnology or directed to older and chronically ill workers. Together with stress, poor ergonomics is perceived as one of the most important risks at work, with 28% of respondents identifying repetitive movements and tiring or painful positions as a main health & safety risk in their workplace, and 24% lifting, carrying or moving loads on a daily basis.