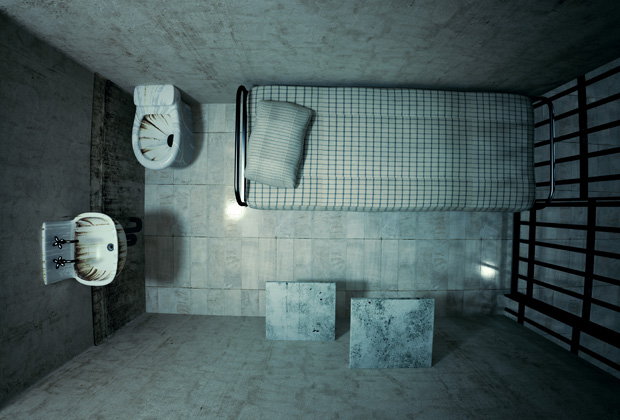 ‘Dirty protests’ may happen because the prisoner is protesting about a particular issue; however, sadly, it may be due to more serious issues linked to the prisoner’s mental health. When these protests happen, the prison has a duty of care to relocate the prisoner to a clean cell. The contaminated cell is then cordoned off until it can be cleaned.

Over the past year HMP Cardiff cleaners had been asked many times to clean up the results of this type of protest, but until the British Institute of Cleaning Science had piloted the SU2 Biohazard Decontamination Cleaning skill, there were too many risks involved in allowing a cleaning operative to tackle the clean-up. HMP Cardiff tells us it is pleased to have been able to participate in the pilot of this Specialist skill.

Three prisoners and Melanie Kelly, BICSc workshop instructor at HMP Cardiff, took part in the pilot scheme that was set up by Maureen Kelso, head of education & standards at BICSc and Lesley Parish, verification & project co-ordinator also at BICSc. The pilot scheme was set up to support prisoners in attaining their SU2 Biohazard Decontamination Cleaning qualification. This has had a positive impact on the facility’s prisoners, one of whom is quoted as saying:

“I have found that the SU2 Biohazard Decontamination Cleaning skill is something that I have thoroughly enjoyed doing, I have learned the correct procedure of how to clean and eliminate biological substances that pose a threat to our health, i.e. body fluids, tissue matter, needles and medical waste. I have also learnt that health & safety is paramount and how important it is to leave areas hygienically clean and safe and that all contaminated items are disposed of in the correct manner. Doing my BICSc Cleaning Professional’s Skills Suite (CPSS 2.0) and the Specialist SU2 Biohazard Decontamination Cleaning skill has motivated me to want to start my own business, I look forward to making the most of the newly found skills and knowledge I now have in the future.”

The most important rule is ensuring the safety and health of the person cleaning this area. At no time are they rushed – even if the cell is needed; they must follow the process completely so that they are not compromised at any stage during the cleaning procedure. With the risk of possible contamination being so high, not completing the task properly would leave the area potentially compromised. It is crucial that a professional, safe and thorough clean is performed.

Not all prisoners can cope with this type of cleaning, however. The prisoners who do put themselves forward for this type of training have carefully considered what this course involves, the potential risks and are very committed to attaining their qualification… most hope to attain work in this field when they are released.

As Melanie Kelly states: “From my point of view, as a vocational instructor, this is what my job is all about. I will have been able to equip a prisoner with the means of supporting himself and his family, which significantly adds to the rehabilitation process”.

“It has been fantastic to add an additional Specialist unit to the BICSc qualifications that were already offered at HMP Cardiff, particularly one that adds both value to the prisoner’s rehabilitation process and increases their chances of securing employment upon release, and which also enables them to play an active and important role within the operation of the prison.”

Greg Fisher, industries manager at HMP Cardiff adds: “Having prisoners up-skilled to undertake this kind of work within the prison has really changed other prisoners’ perceptions and behaviour; this is because they realise that their fellow prisoners will be involved in cleaning up any situation that they cause. Working with an innovative organisation such as BICSc, and having passionate workshop instructors like Melanie, has enabled us to do something really positive and exciting at HMP Cardiff.“