Cases of viral gastroenteritis caused by these pathogens are increasing. Knowing the risk and how to prevent infections is crucial for hotels and restaurants. The Norovirus has reappeared on the news pages during the World Athletics Championships, which took place in London this August, when many athletes were hit by an epidemic gastroenteritis. 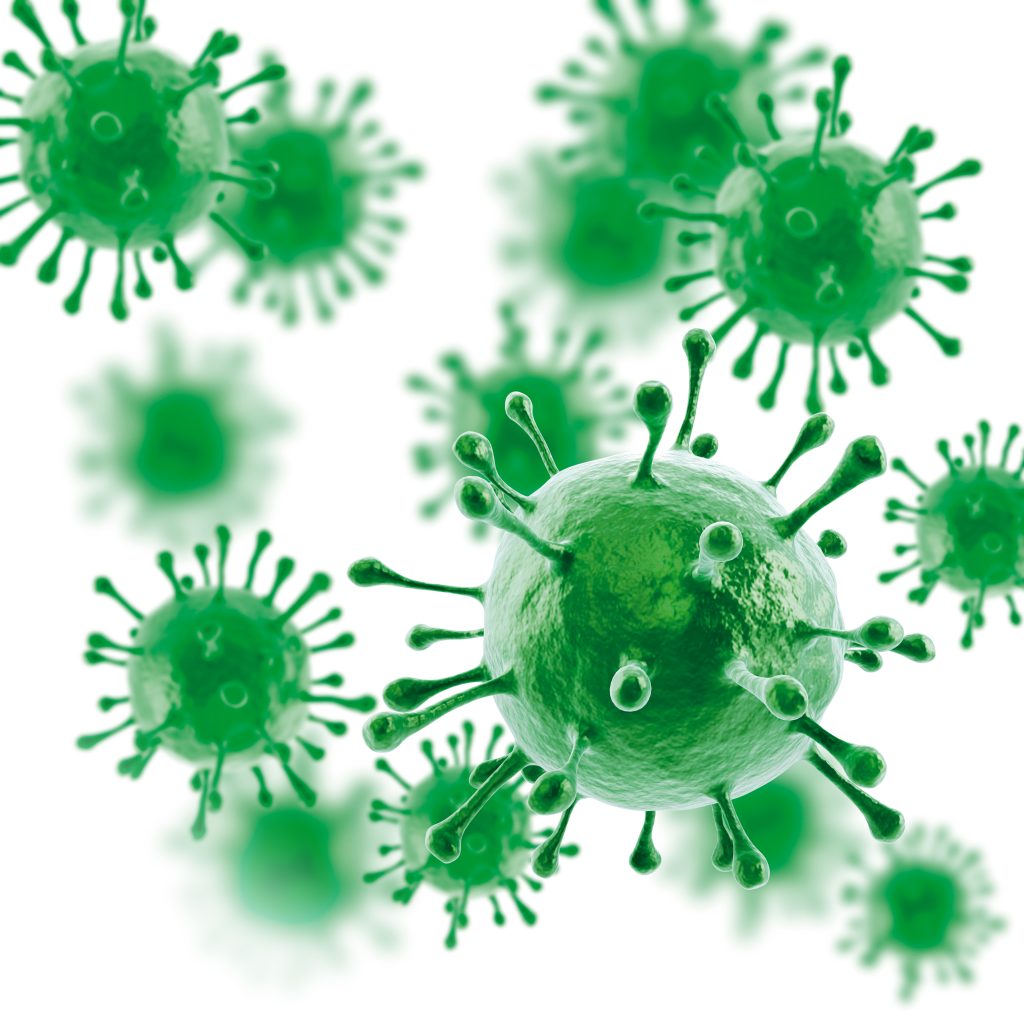 Public Health England, the United Kingdom’s Public Health Agency, officially confirmed that the cause was attributable to an outbreak of Norovirus, a highly infectious virus that causes acute gastroenteritis. Norovirus was already known as the “cruise ship” virus because of 43 cases of gastroenteritis occurred from early January to early July in 2006 on 13 different cruise ships sailing in European waters. Around 1500 passengers and crew were affected by gastroenteritis but no common cause was found, even though, during these epidemics, two new variants of Norovirus have been identified. On the basis of previous years, experts from the European Centre for Disease Prevention and Control (ECDC) assume that these new strains of disease coincided with the rise in outbreaks in the European countries.

The Noroviruses were discovered and isolated in 1972, and they belong to the Caliciviridae family. They were also named “Norwalk viruses” after an outbreak of gastroenteritis occurred in Norwalk, Ohio, in 1968. In which environments does it spread? Norovirus spreads more quickly in places where people live in communities and in confined environments: from passenger ships to hotels, hospitals, rest homes, schools. The incubation period can range from 12 to 48 hours and the duration of the infection is from 12 to 60 hours. The most common symptoms are nausea, throwing up (especially in children), diarrhea, and abdominal cramps. Generally, it does not have any serious consequences and most people hit by Norovirus illness get better within 1 to 2 days. An important precaution is to fight the dehydration, caused by vomiting and diarrhea because, especially in the case 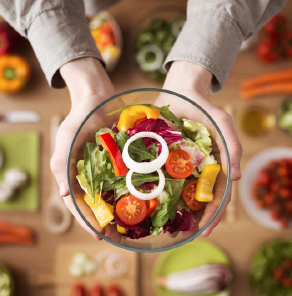 of seniors and children, is a risk factor: it is therefore advisable to drink plenty of fluids.Noroviruses can spread through close personal contact with an infected person, fecal-oral route when a person consumes contaminated food or water or even by touching contaminated surfaces, objects, or substances. What has become clear is that in the majority of cases the transmission is caused by eating food or drinking liquids which have been contaminated by infected food handlers (a food producer or a distributor right before consumption): for this reason epidemics are often associated with consumption of salads, cold foods, sandwiches, bakery products.

Food may also be contaminated at source, through infected waters, like for example in the case of seafood, fresh vegetables or berries. In addition, in many cases contamination has been attributed to water collection tank, pools and fountains.

To this day there is no vaccination or specific treatments to prevent Norovirus. And, moreover, the fact of having contracted the infection does not give rise to a long-lasting immunity: the US CDC, Centers for Diseases Control and Prevention, states that immunity only lasts a few months, and, therefore, the same individual can be infected several times throughout his life.

And, as if this was not bad enough, Norovirus is also so resistant that it can survive at temperatures higher than 60 degrees and even in presence of chlorine, which is used to disinfect drinking water. The virus remains in the stool of infected people for at least 72 hours after healing and it is also very active: 10 viral particles are enough to cause an infection. Finally, it is very persistent in the environment – even two weeks after the primary stage of infection – which makes its spreading easier. This picture, therefore, shows that the struggle with Norovirus is anything but easy.

If we consider the problems that Norovirus can cause to individuals it is easy to foresee, speaking in business terms about the environments where it can spread, the economical and image damage that can affect an hotel or a restaurant, for example.

So what can be done? There is only one effective form of control to fight Norovirus: prevention. That means implement careful hygienic measures while handling and distributing food and beverages. Given the resistance and persistence characteristics of this virus, scrupulous hygiene – especially the personal hygiene of food handlers and distributors – is absolutely crucial.

Rules and tips are similar to those that are given to avoid any food poisoning: wash your hands thoroughly before touching the food and wash and disinfect materials and surfaces that may have been in contact with an infected person. 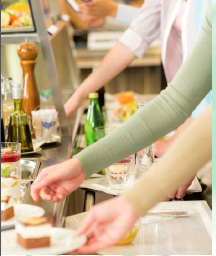 For those who work with food, precautionary measures must be severe: do not work and do not come into contact with food if you are ill (especially in case of gastroenteritis) and up to three days after healing; use only certified provenance food (especially in case of foods that are not cooked or undercooked, such as vegetables and seafood); get rid of foods that could have been contaminated by an infected operator or other sources of Norovirus; keep babies or the elderly wearing diapers (at kindergartens and rest homes) away from areas where food is prepared and distributed.

According to WHO, the World Health Organization, gastroenteritis is a health emergency and data confirm that the significance of Norovirus infections has been globally clear since a long time. It is estimated that Norovirus is the most common cause of acute gastroenteritis. CDC(Centers for Disease Control and Prevention) data indicate that Norovirus is the cause of 685 million cases of gastroenteritis each year, and 200 million of these cases affect children under the age of five. This leads to about 50,000 child deaths every year, and almost all of them occur in developing countries. Anyway, Norovirus is a problem affecting both high and low-income countries.

How much does Norovirus cost?

Every year, Norovirus costs about 60 billion dollars. These costs are mainly due to health costs (money spent on treating Norovirus complications) and loss of productivity (people who are unable to work because they are sick).

Norovirus infections and outbreaks are usually more common in colder months (hence the name “winter vomiting bug”) because about half the cases occur from December to February in countries above the equator and from June to August in countries below it, even if in recent times this seasonality is not so clear.

New strains of Norovirus arise every two or four years and often, but not always, these new strains lead to an increase in worldwide epidemics.

Even in western Europe, Noroviruses are considered to be the most important agents causing non-bacterial gastroenteritis and a European Research Network on Viral Foodborne Infection has been set up in this regard. Eurosurveillance is a European scientific journal devoted to epidemiology, monitoring, prevention and control of transmissible diseases, with particular attention to topics of major importance to Europe. A recent Eurosurveillance study has examined the trend of Norovirus in 2006 in 13 European countries (it is important to precise that data should also be taken into account in the light of the different methodologies used for collecting, sampling and controlling the population) : Germany, Denmark, Spain, Finland, France, England and Wales, Hungary, Ireland, Italy, Netherlands, Norway, Sweden, Slovenia. Only France and Spain did not record an increase in the spread of the virus, which was particularly evident in all the other countries considered. The results indicate that over 85% of viral epidemics are due to this type of virus.

What varies depending on the country is the place where the infection occurred: in England and Wales, Spain and the Netherlands the majority of cases were recorded in hospitals and residences for older people (78%, 64% and 66% respectively). In Denmark 76% of the outbreaks (of which 13 out of 17 were recorded) occurred in food stores and grocery stores (here, the surveillance is provided by the Food Safety Inspectorate, which collects data on cases where virus was transmitted by food and not by people). In Slovenia, most epidemics (71%) occur in day care centers, while in France the virus spread in private homes (78%).

In Great Britain, since 1992, data are collected by the Health Protection Agency, according to which Norovirus is responsible for more than 1,800 cases per year.Here, more than 70% of Norovirus epidemics occurred in health care centers, with 86% of cases due to person-to-person transmission and only 4% caused by contaminated food. Last December, Public Health England reported a 9% increase in cases during winter, compared with data collected the previous year (2,435 cases of illness, which means 12% more than the same period in the last 5 years).

Only recently Norovirus has drawn the attention of Italy, so here the research is still quite scarce. A study published on Eurosurveillance shows that an epidemic occurred in the province of Taranto in 2006 seems to be attributed to contaminated water: between May and September, 2,860 cases were reported. Another study describes an epidemic occurred in a tourist resort in the Gulf of Taranto in July 2000 where more than 340 people were involved in two weeks.